VB NETamorpher is a migration tool developed by Astadia that transforms Visual Basic 6 projects into .NET (both C# and VB.NET). The generated.NET classes are functionally and visually equivalent to the original VB6, and can be maintained with the latest versions of Visual Studio.

VB NETamorpher helps you to move your applications away from the obsolete and unsupported VB6 platform towards .NET without compromising on application functionality, maintainability and performance.

Designed for migrating enterprise scale applications, VB NETamorpher provides complete VB6 coverage and yet maintains a dynamic approach to the migration, allowing for complete customization by Astadia and/or the customer.

VB NETamorpher supports both C# (version 4.0) and VB.NET(version 10) programming languages, so customers can pick the language that best matches their strategy for .NET developments.

The migrated solution is delivered to customers entirely as.NET source code and as such is free from any hidden, proprietary runtime dependencies from Astadia or any other third party. All resulting.NET code becomes fully owned by our customers upon project completion.

VB NETamorpher’s advanced mapping capabilities allow the migration of 3rd party controls by either a modern .NET counterpart or to continue their usage in the .NET environment.

Astadia provides any necessary services to customize the mappings of 3rd party controls. VB NETamorpher also provides a development interface (API) to allow your team to participate in the construction of any custom mappings.

This is the most flexible approach for dealing with third party controls seen in any migration tool available on the market, to date.

An Astadia, a migration project typically starts with a Pre-Migration Analysis (PMA). This PMA is performed by our migration specialists together with the customer application specialists and management. During the PMA the analysis report produced by the VB NETamorpher Analysis Tool is expanded into as much detail as possible in order to construct a complete definition of the project scope.

At the end of the PMA, the Astadia consultants deliver a proposal for the migration project. This proposal consists of an analysis report, a quote and a detailed project plan.

Migrating a large business critical legacy application presents unique challenges. One major example is finding an answer to the conflict between the ever-evolving business requirements of the legacy application on the one hand and the migration project on the other.

This problem is typically identified too late in a migration project and subsequently addressed through a double maintenance approach where all modifications are duplicated in both environments, leading to an enormous overhead while problems still occur regularly.

Astadia recognizes this problem and addresses it through its innovative project management methodology which:

Contact our team to learn more about this solution. 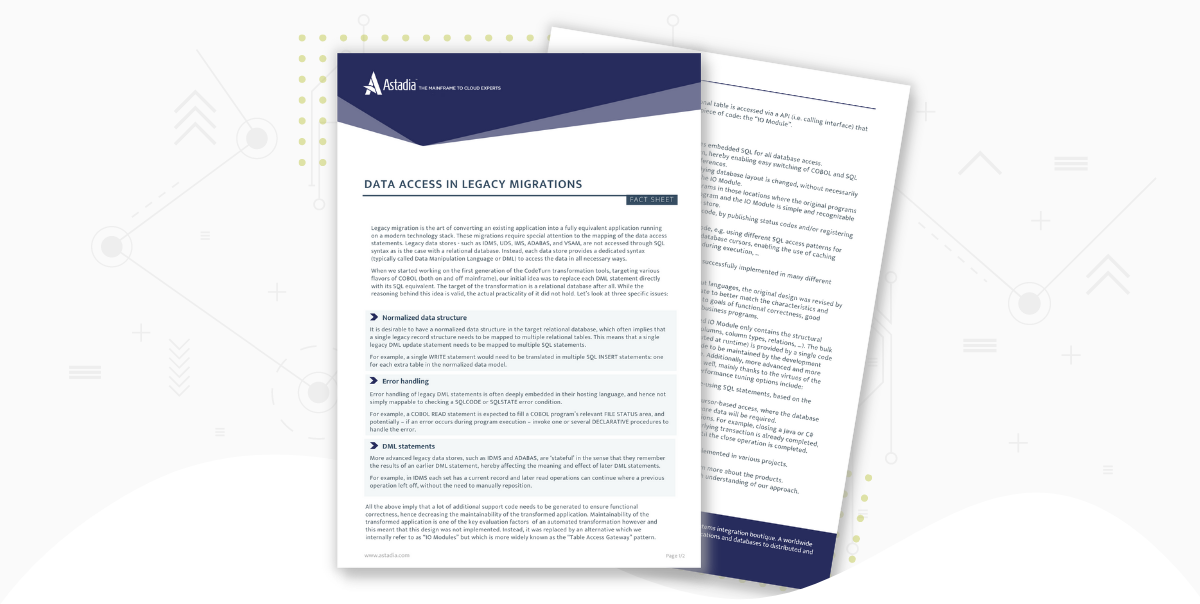 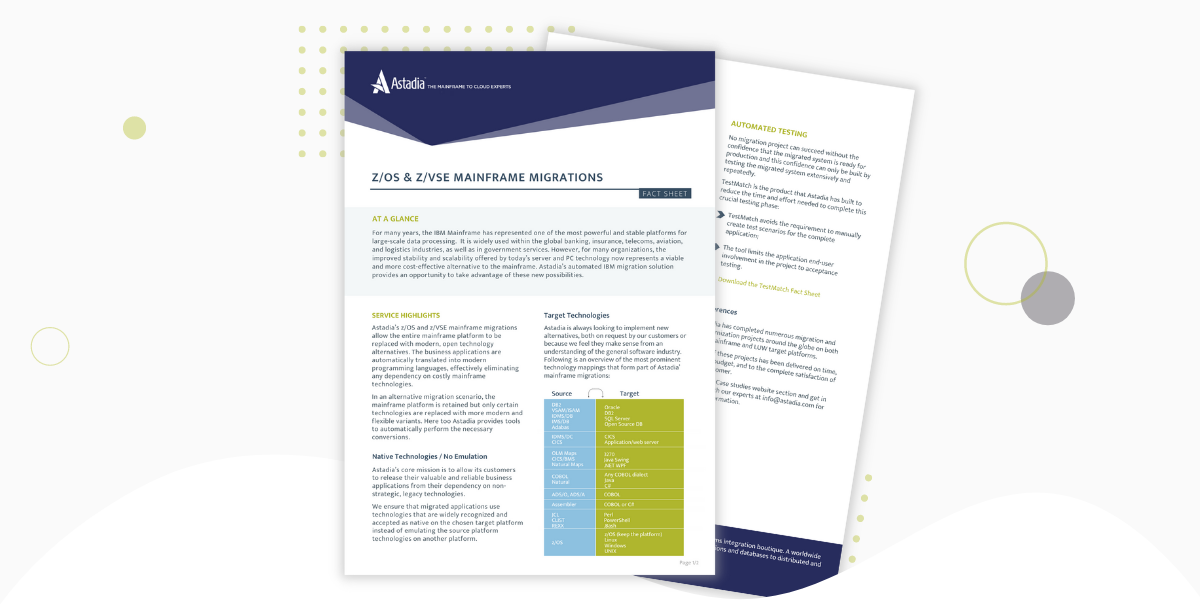